Dr Robert Zougmoré is an agronomist and soil scientist with a PhD in Production Ecology & Resources Conservation (Wageningen University, The Netherlands).

Before joining CCAFS, he was a senior staff within the Environment Program of the Sahara & Sahel Observatory (Tunisia) where he was actively involved in the development and implementation of initiatives pertaining: (1) to Desertification, land Degradation and Drought (DLDD) including environmental surveillance, monitoring and evaluation of DLDD, drought early warning …, in the framework of the UNCCD implementation; (2) to climate change adaptation in Africa (analyzing adaptation strategies of vulnerable populations in arid and semi-arid zones, etc.); the aim being to contribute defining informed policies for good environmental governance in Africa. He coordinated a joint-funded IDRC/DFID project entitled “Experimenting a capacity development approach and a toolkit for monitoring and evaluation within climate change adaptation initiatives”, in collaboration with UNECA, AGRHYMET, and IUCN. Prior to that, he spent one year as a Post-Doc at the Japan International Research Center for Agricultural Science (JIRCAS) in Japan, working on the benefit of conservation agriculture for soil and water conservation.

From 1990 to 2007, he was senior researcher and has been Chief department of the Natural resources Management and farming systems at the Institute for Environment and Agricultural Research in Burkina Faso. Thanks to his great experience in integrated land and water management at plot and watershed scales, he has contributed developing adaptations options and strategies to climate variability and land degradation in the vulnerable arid and semi-arid ecosystems, therefore generating and sharing significant scientific knowledge for informed decision making and sound policy development. He actively contributed to the use of databases for the validation of APSIM and DSSAT models in the Sahel and their use for the dissemination of sustainable land, water and nutrient management technologies. He has coordinated several research projects at national and regional levels in partnership with regional and international institutions (IFDC, ICRISAT, IITA, CIAT, FAO, IFAD, etc.).

He thought also as part-time Lecturer at the Polytechnic University of Bobo-Dioulasso on land degradation and sustainable land & water management; at Aghrymet for climate change master programs; at Cape Coast University and Niamey University for WASCAL PhD and master programs. He is Board member of the African Conservation Tillage Network and is has also been the Secretary General of the Africa Soil Science Society (ASSS).

He has published widely with more than 50 papers and book chapters on soil erosion, integrated soil, water and nutrient management options and their economic benefits, and climate-smart agriculture. 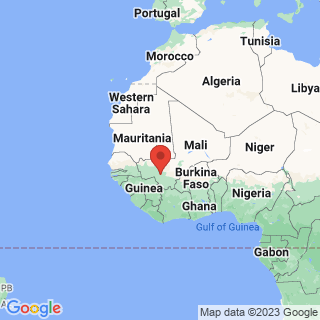