Climate change and the next Great Famine | TIME 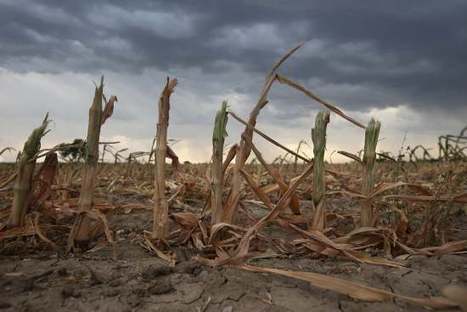 A new study finds that as the planet warms, yields for important staple crops like wheat could decline sharply.

CGIAR Climate's insight:
A new analysis on the impact global warming will have on crop yields, was just published in Nature Climate Change. The news isn’t good: the research, based on a new set of data created by the combination of 1,700 previously published studies, found that global warming of only 2º C (3.6º F) will likely reduce yields of staple crops like rice and maize as early as the 2030s. And as the globe keeps warming, crop yields will keep shriveling unless drastic steps are taken to adapt to a changing climate.

As Andy Challinor, a professor of climate impacts at the University of Leeds and the lead author of the study, put it in a statement:"Our research shows that crop yields will be negatively affected by climate change much earlier than expected…Furthermore, the impact of climate change on crops will vary both from year-to-year and from place-to-place—with the variability becoming greater as the weather becomes increasingly erratic." Challinor co-leads research on Adaptation for the CGIAR Research Program on Climate Change, Agriculture and Food Security (CCAFS) http://ccafs.cgiar.org/themes/long-term-adaptation

See it on Scoop.it, via CGIAR Climate in the News